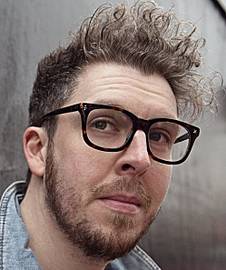 Carl Donnelly has a controversial style mixed with a silly sense of humour that can't fail to appeal to every audience members' taste.

Best Newcomer Nominee at the 2009 Edinburgh Comedy Awards, Best Breakthrough Act Nominee at the 2009 Chortle Awards and Winner of the 2006 Laughing Horse new act competition Carl Connelly is one of the most exciting new acts climbing the comedy ladder.

Since winning / being nominated for such awards Carl has become a regular figure on the British comedy circuit, as well as taking his talents to further afield destinations such as Singapore, Dubai, France and Germany. Television has also taken an interest in Carl's effortless ability to drop a laugh and credits include Russel Howard's Good News - BBC3, That was the Noughties - BBC and Most Annoying People of 2009 - BBC 3.

"This is stand-up with Valium: near horizontal levels of louche that takes the mundane stories of everyday life and turns them into stretches of self-deprecating silliness" - The Guardian

When can I see Carl Donnelly?