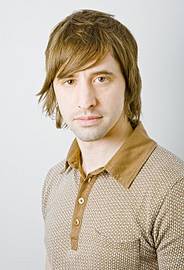 "Well written gags, well executed one liners. Demonstrates a hefty body of evidence that comedy is in his bones, a good radar for whatâs funny and an efficiently concise way of putting it. As an audience member, you're in safe hands" - Chortle's Steve Bennett:

"Hilarious! he'll be great once he gets off his lazy arse and writes twenty f*****g minutes" Brendon Burns

"'One of the best new acts I've seen in recent years. First rate material, coolly delivered. Regularly makes me go 'now why didn't I think of that joke?'' Gary Delaney

"Deane's well timed deadpan delivery was on cue every time, he'll definitely be one to watch" Medway News

Julian first performed stand up in November 2005. He's since been impressing audiences and comedians alike up and down the country

When can I see Julian Deane?