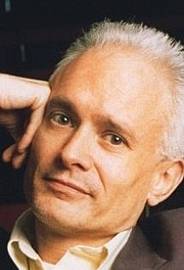 Stand up comedian, singer, songwriter and winner of the Time Out Comedy Award, Richard Morton has had his own half hour special Richard Morton Live At The Comedy Store and guest appearances on other shows such as:

Jack Dee's Saturday Night, Funny Business, Good Stuff and The Richard Morton Christmas Special. The Stand Up Show as well as an acting role in the BAFTA nominated Our Friends In The North.

A regular on BBC radio, featured on the new series of Stand Up 2 and Four At The Store. He's a frequent contributor to Loose Ends and The Locker Room and played alongside Caroline Quentin in Cross Questioned. He has also appeared on Radio 1's Comedy Network, Loose Talk and Radio 4's classic Just A Minute.

Richard has built up a formidable reputation as a live stand up, having completed several UK tours with Jack Dee, Lee Evans, Jo Brand, Lily Savage and Phill Jupitus.

A big favourite at the Edinburgh Festival, Richard has completed several sell-out runs at the Assembly Rooms. Other festivals have included the Montreal Comedy Festival, Kilkenny, and The Reading and
Leeds Music Festivals.

"A great stand up. Audiences laughed longer and louder at Morton than any other act on the Fringe." - Sunday Times

"His hilarious songs give musical comedy a good name" - The Guardian

When can I see Richard Morton?