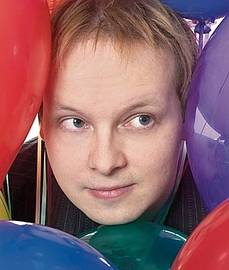 "The kind of comedy vision that can see round corners" -Chortle

Stephen Grant is one of the UKs funniest, hardest working and most respected comedians. Whether entertaining stag and hen parties, voicing animations, warming up TV audiences, presenting radio shows or hosting corporate award nights Stephen never fails to pull in the laughs.

Stephen is an award winning MC and is the resident compere at Krater Comedy Club in Brighton. He performs at clubs and corporate events all over the UK and on the international circuit and has taken six critically acclaimed shows to the Edinburgh Fringe since 2003. His fourth DVD is due to be released this year.

When can I see Stephen Grant?