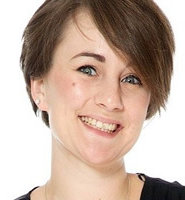 Comedian, actress and writer Laura Lexx is a uniquely gleeful performer who indulges her audience in an unrelenting childish attention. After a whirlwind introduction to the London comedy scene which saw her reach the finals of both the Chortle and Paramount student competitions in her first year, Lexx has been building on her early successes with gig dates across London and the UK.

When can I see Laura Lexx?