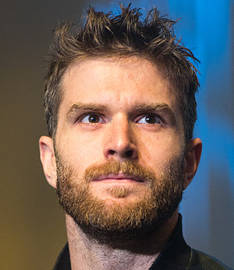 Joel is Co presenter of the Paul Foot Radio Show on Resonance FM and BBCs Sun Seekers and had comedy roles on E4s Skins and ITVs Teenage Kicks.

Joel has made a huge impact on the comedy circuit since starting stand up in 2007 and now performs regularly at comedy clubs all across the UK including; Comedy Cafe; London, Up the Creek, Crack Comedy Club, Downstairs at the Kings Head, Amused Moose Soho, Comedy Store, Headliners, The Glasgow and Edinburgh Stand, Poodle Club and many many more.

When can I see Joel Dommett?