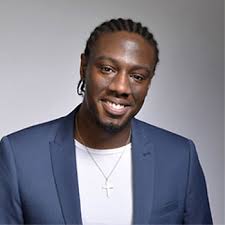 
'Caton's a slick performer with an unbeatable stage attitude and the confident air of someone much more experienced.' -Chortle

'He also has a little more originality in his act, smartly exploring racial stereotypes from a youthful angle.' -Three weeks
'For a writer still in his early 20's, he's brilliant at punching up material.' -Laurence Bowen, Feelgood Fiction

Nathan is a young, rising black-British comic, gigging on the circuit since late 2004.
Since his comedy career began Nathan has gone on to win various awards, accolades and built himself a solid reputation on the comedy scene. He has played at many different venues across Britain, including the Edinburgh Fringe in 2005, where he was a hot startlet, and then returning in 2007 to perform in his 2-man stand-up show entitled 'The Honky and The Wog', which was praised by reviewers such as Three Weeks and The Scotsman.
In 2007, he also wrote and starred in his own pilot sketch comedy show for Paramount The Nathan Caton show, where Nathan guises as different comedy characters. His writing skills for the sketches earned him a 'hotshot' memento from Broadcast magazine.

When can I see Nathan Caton?