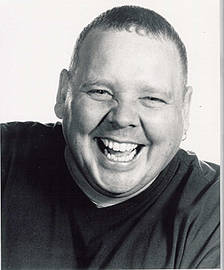 1998 Northwest comedian of the year

1999 Wrote and presented 'Made in Manchester' for the BBC

2000 Wrote, directed and starred in 'Mick's Nuts' a sketch show for MTV

Headliner at all the UK's top comedy venues

" Steve Harris is a hip-hopping, gag-spinning bundle of joy, go see him now before he gets too big" â¦â¦.City Life

"He's Caustic but witty, and for the first time tonight the only comic who was actually funny " â¦â¦The Guardian

When can I see Steve Harris?