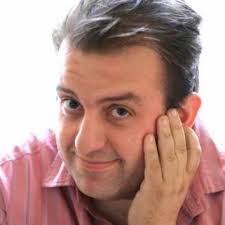 Karl Spain has been a staple of Irish stand-up comedy for twenty years.

In 2005, Karl achieved nationwide renown for his TV series Karl Spain Wants A Woman. This was a huge success in that he not only got huge ratings but he also found himself a woman. In 2009 he filmed Karl Spain Wants to Rock but did not get a woman from that show. He has also appeared on Liffey Laughs, The Late Late Show, The Panel, Tubridy Tonight, The Afternoon Show and The Offside Show and Operation Transformation. Most recently, Karl was the face of the Ray Darcy Shows Stand Up and Be Funny Competition, a country wide search for the new voices of Irish comedy.

Karl has also performed stand up on television all over the world  the U.S, the Middle East, Australia and even as far away as England.

Karls radio work includes Dont Quote Me with the late Sean Hughes for RTÉ Radio 1 and You Couldnt Make It Up for Newstalk.

In 2019 Karl toured internationally with Kevin Bridges. He also performed around Ireland with Bernard OShea in their show, Fat Chancers.

When can I see Karl Spain?