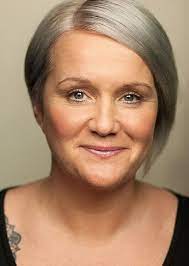 *STOP PRESS!!! Cerys is currently writing her first book Still Killing It, which details her change of career, during the pandemic, from comedian to Emergency Ambulance Crew!
?
?Cerys has had a very colourful and eventful life which she loves talking about to make people laugh. She performs her comedy in a story telling style with a West Country charm that is easy to warm to.
?
Cerys has worked very hard to forge a strong career in the comedy industry. She is a leading mc on the comedy circuit, working for major UK clubs and UK charity events. Cerys has a fantastic stage presence and her audience interaction is flawless.
?
Cerys is making waves in the tv industry as one of the best female TV warm up artists, most recently working for Gordon Ramsey/Studio Ramsey, and alongside George Lamb on Football Tonight for BT Sport and also working for ITV and Channel 4.
?
Cerys is a Guest Comic aboard Cruise Ships all over the World. Cerys has also appeared in Pantomime!
?

When can I see Cerys Nelmes?