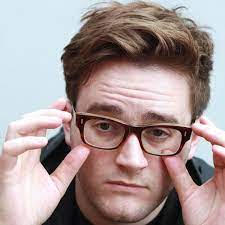 Since starting stand-up in 2014, Simon has gone on to quickly establish himself as one to watch, hotly-tipped by the industry as a future star. Still only relatively new to the circuit, Simons frenetic and opinionated style has seen him rise phenomenally through the ranks and he can now be seen performing regularly at some of the biggest and best comedy clubs in the country.

When can I see Simon Wozniak?